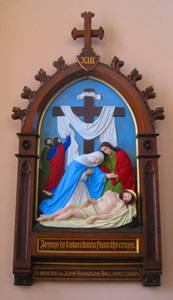 The normal practice was to leave the body of the victim on the cross as a warning and a deterrent to others unless the body was claimed by a close relative. Joseph was not a relative. He may have been granted permission because he was a wealthy and an important Jew, probably a member of the Sanhedrin.